Eric Avebury, Turkey and the long road to reconciliation

Posted by
John Lubbock, Wikimedia UK on 16 September 2016
Like us on Facebook to get all the latest.

Along with his lifelong dedication to the music of Bach, my father, Eric Avebury, was fascinated by Liberal history.

Of course, Eric was part of Liberal history himself, as the 'Orpington Man' who caused the greatest by-election shock of the 20th Century when he snaffled the London seat from the Tories in 1962. In the 70s, he used to attend auctions for memorabilia of Liberal political figures and came away with a travel case, two letters, a small statue and some portraits of William Gladstone, who was a contemporary of his grandfather, the Liberal MP and polymath, Sir John Lubbock, First Baron Avebury.

Gladstone’s last speech in Liverpool in 1896 urged the government to support the human rights of the Armenian population of the Ottoman Empire, who were suffering under the pogroms of the Hamidian Massacres (1894-6). He told the crowd that,

“Although it is true that those persons are Christians on whose behalf we move, I confidently affirm, and you will back me in my affirmation, that if instead of being Christians they were themselves Mohammedans, Hindus, Buddhists, or Confucianists — they would have precisely the same claims upon our support; and the motives which have brought us here to-day would be incumbent upon us with the same force and with the same sacredness that we recognise at the present moment.”

It was through the prism of Gladstone that Eric came to champion the cause of the recognition of the Armenian Genocide by the British government, something that we have still failed to do because we are so afraid of hurting the feelings of the Turkish government.

Boris Johnson, it seems, has no qualms about suggesting that Turkish President Recep Tayyip Erdoğan is a man who enjoys sexual relations with goats, though one doubts that as Foreign Minister he would make the grave error of referring to the massacre of over a million Armenians by the word ‘genocide’. But I digress…

I think Eric, who passed away earlier this year, felt a sense of historical responsibility to the peoples of the Middle East who were so badly let down by the British Imperial experiments of the 20th Century. This is why he advocated so strongly for the human rights of the people of Bahrain, why he met Yasser Arafat for talks in Beirut in 1980, why he castigated the unethical sale of British weapons to the religious extremists in charge of Arabia (a land should really not be referred to by the brand name of a particular family), and why he conducted so many visits to the Kurdish regions of Turkey and Iraq.

Arguably, it was the continual attempts of the European Great Powers during the 19th century to stoke Christian nationalist sentiment in the Ottoman Empire which led to its eventual breakup. It is hard to understand the attempt by the Young Turk regime to create an ethnically homogenous Turkish state without looking at how Islamised Europeans were ethnically cleansed from the Balkans and Caucasus in the 19th century. But the experiment to create a unified Turkish identity failed, because even though the Christian minorities were purged from the body politic of the Turkish Republic, the Kurds remained.

‘Mountain Turks’, was how the Kemalist state referred to Kurds for many years, denying that they were even a separate ethnic group. But as with the Catalans under Franco, repression usually only tends to result in an intensifying bond between a people and their culture. Kurdish political representation was banned, and the Turkish state conducted a military occupation of its South East during which they flattened villages thought to support the Kurdish separatist militia, the PKK.

Eric founded the Parliamentary Human Rights Group (PHRG) in 1976, and went on many country visits on behalf of Amnesty International during the 70s and 80s. He was once arrested as an election observer somewhere in South America and decided to become a Buddhist after spending time in Sri Lanka because he found its philosophy humanistic and it didn’t contradict his equally deeply held atheism.

Here is a video of Eric giving a press conference in Buenos Aires for Amnesty International about the terrorist activity in Argentina.

He stood down as chair of the PHRG in 1997 and became its vice chair along with Jeremy Corbyn, who he worked closely with on Kurdish and many other issues for the rest of his life. The human rights community is like an extended family, and I have great respect for Corbyn’s principled and long-standing commitment to human rights all over the world.

Corbyn is someone who progressives of all stripes could work with and will have to work with if there is any chance of avoiding another decade of Tory rule which will decimate communities and public bodies and entrench the kind of inequality which can only culminate in societal disaster. Human rights work teaches you that there are some really nasty people in the world and we have to stick together if we have any chance of defeating them. 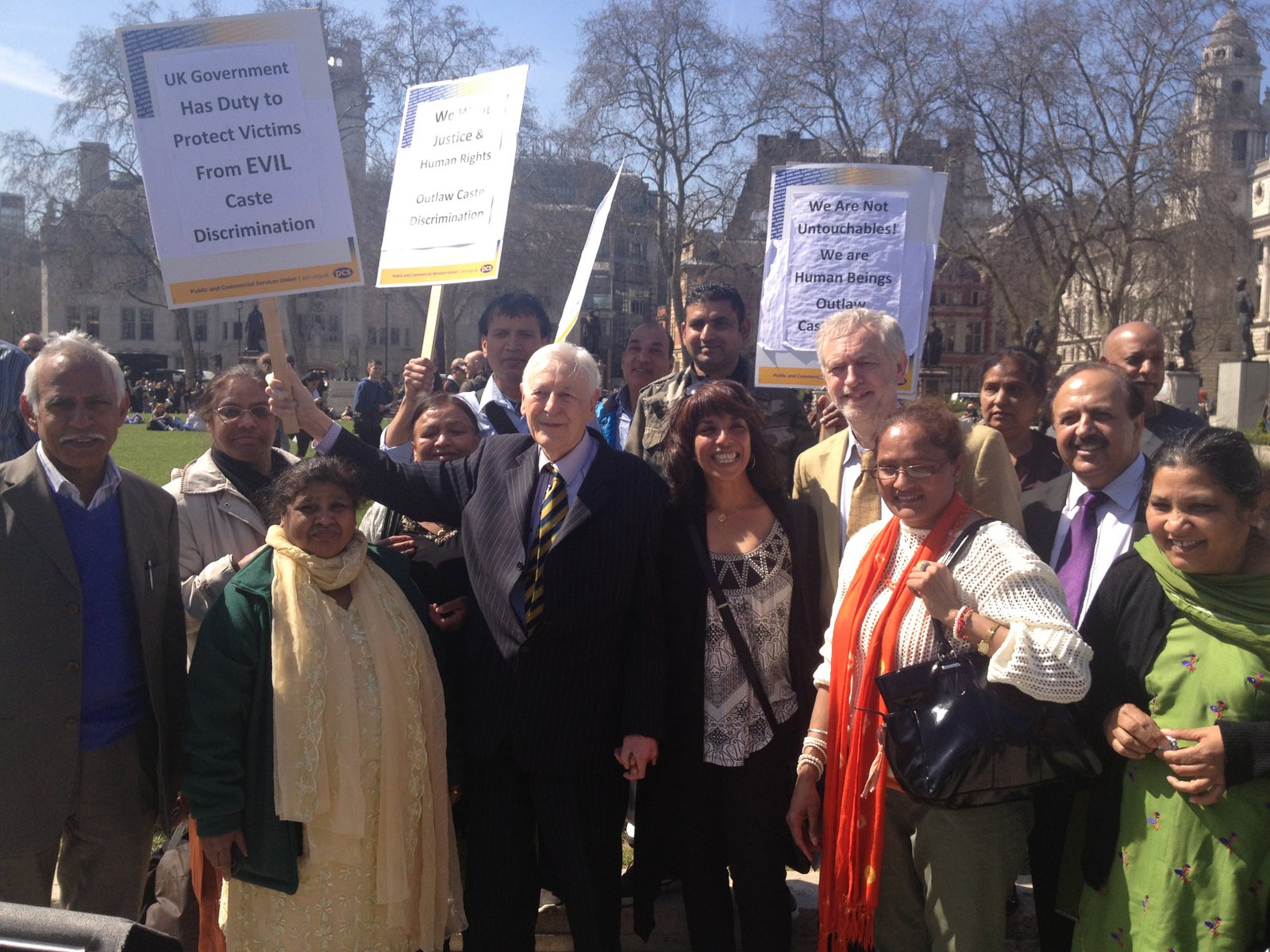 
In 1988, Saddam Hussein massacred the civilian population of Halabja in the dying days of the Iran-Iraq war, but refugees from Iraq had been moving to Turkey for some time as Saddam attempted to Arabize northern Iraq. This continued in 1991 when 200,000 Kurds fled to Turkey after the rebellion against Saddam failed for lack of US air support. This was a problem for Turkey, which seriously overreacted in its attempts to suppress Kurdish culture and political representation.

My father started visiting Turkish Kurdistan in the early 1990s to report on the ongoing violations by the military on Kurdish civilians. He wrote numerous reports, some of which I have uploaded here if you want to read them. He also travelled to Iraqi Kurdistan and met Jalal Talabani and Masoud Barzani, as well as Abdullah Öcalan, the PKK leader. These visits did not endear him to the Turkish government or nationalist press, and he was banned from entering Turkey in 1995 for 10 years.

Eric campaigned hard for the release of Kurdish politician Leyla Zana who became an MP in 1991 and caused outrage by speaking one sentence of her swearing in oath in Kurdish. The party she belonged to was banned, her immunity was stripped and she was thrown in jail. In the late 1990s, PKK leader Öcalan was imprisoned and Turkey’s 90 years of military rule softened as the civilian AKP administration of seemingly moderate religious conservative PM Erdoğan asserted itself and attempted to modernise the state. It wanted Kurdish votes, and so it eased political repression of the Kurdish region.

The AKP lifted Eric’s ban on visiting Turkey as it sought to conform to the EU’s demands for harmonisation of its rights regime. In 2009 Eric travelled to Ankara with his friend the historian Ara Sarafian to publish the Blue Book, the British government records of eyewitness accounts to the Armenian Genocide, in Turkish. As the state indoctrination that had attended the government’s attempt at Turkish homogenization eased, educated Turks began to discuss the taboos of Turkish history openly for the first time.

Up to this point, the public use of the word ‘genocide’ had been met with judicial persecution under Article 301 of the Penal Code, known as ‘insulting Turkishness’. But failed prosecutions of Nobel laureate Orhan Pamuk and another great Turkish novelist, Elif Şafak meant that public discussion free of repression could begin in earnest. The period from 2005-2010 was one of great hope in Turkey as the economy soared and political life stabilised.

But, sadly, the Turkish government has chosen to fall back into old habits. Erdoğan, rid finally of the threat of civilian military coups, has cleansed state institutions of anyone who does not support him. His play for Kurdish votes has been dropped and he now appeals to the hardline nationalists of the MHP party instead. Instead of prosecutions for insulting Turkishness, critics are prosecuted for insulting Erdogan himself, and Leyla Zana’s party, the pro-Kurdish HDP, have had their political immunity stripped so that the state can throw them in jail for supporting the PKK and accrue more power for Erdoğan by changing the constitution to an ‘executive Presidency’.

I started going to Turkey in 2013, and was in Istanbul for a human rights conference on Bahrain during the Gezi protests. If you’ve never tasted teargas, I recommend you try it one time, just so you can understand how fortunate it is that British police refrain from its use.

I fell in love with its diverse culture, its food, and the hopefulness of its young, educated generation. I spent 6 months in Istanbul and visited the Kurdish region in 2015, making a film about the reconciliation projects that Ara Sarafian has done with Kurdish civil society organisations to improve understanding of the Armenian Genocide.

Here is a film about the reconciliation projects.

Now it is time more than ever to stand with Turkish civil society as it experiences yet another all out assault by the state. Boris Johnson will insult Erdoğan in one breath and kowtow to his administration in the next; but if I learned anything from my father, it’s that change comes from taking a consistent, principled stance on an issue for decades and never letting up through all the disappointments, the backsliding on progress and the awful human suffering we must bear witness to.

Turkey and Kurdistan present complex political situations, but as we saw with Iraq, it is worth paying attention to these complexities if we are to positively contribute to improving the lives of those who live there, and not risk falling back into our own political traps.

Our government should not sell out the Kurds of northern Syria who have developed a progressive political structure which could become a positive model for the region, and there is also the possibility that Iraqi Kurdistan under the Barzani family will hold an independence referendum in the next year.

Barzani is no liberal democrat, but the world should remember that all peoples deserve the right to self-determination, including the Kurds, Chagos Islanders, West Papuans, Palestinians, Catalans, Western Saharans and Kashmiris. Sometimes I think that we have become far too complacent in a smug, self-satisfied way. We have forgotten that rights still need fighting for, and that there are so many injustices still to be corrected. Or perhaps we suffer from information overload, and simply choose to ignore all the wrongs we feel powerless to put right.

Human rights are a lifelong struggle that offer few rewards. Our government claims to hold the values of the human rights movement in high esteem, yet its actions constantly suggest otherwise. For my father, fighting for the rights of people oppressed throughout the world was important not just because of his humanist empathy for the victims of oppression, but because he believed that our government and people could do better. He did it because he wanted our national politics to have a humanistic soul, and that is a struggle which I don’t think will ever be over.

Note: WriteYou Media Ltd is happy for other media outlets to reproduce our content but we do expect to be credited with a link to the article.