My First Twelve Months in the Job

Posted by
Tom Watson MP, Labour Deputy Leader on 13 September 2016
Like us on Facebook to get all the latest.

When I stood to be Labour’s Deputy Leader, I promised to rebuild our party from the grassroots up.

I said I'd reconnect with the hundreds of thousands of members who make the Labour party what it is, and give them the tools and training they needed.

I wanted to reconnect with communities and voters all around the country - both by listening to them, and by giving our members the tools and training they need to engage with them.

I said I would hold the Tories to account, and prioritise political and campaign training. I also promised a digital revolution in our party. Because digital transformation and reconnecting with people go hand in hand. Since I was elected Deputy Leader exactly one year ago today, I’ve been making that happen. Here’s how:

A digital revolution in our party

Our new digital team started earlier this year. They didn’t start with code. They started with questions: Why did you join Labour? What do you need? What did you expect from us?

They found a lot that worked. But they also found a lot we could fix. Especially for new members: for them the party seems really jumbled up. It’s not clear who does what. 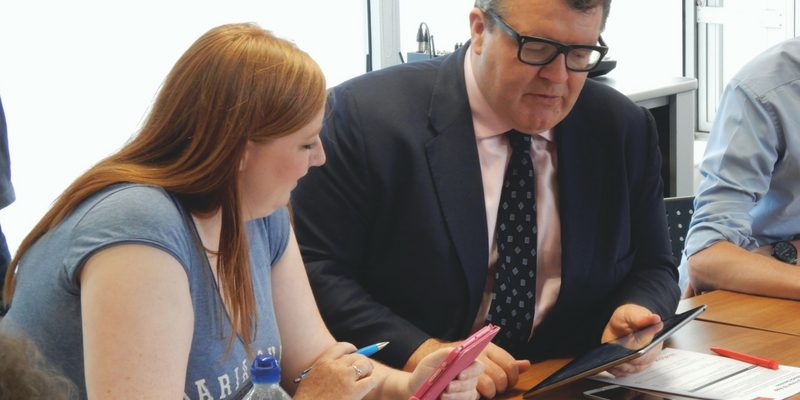 We’ll be launching some of these new tools and initiatives at Annual Conference later this month, and I’m really looking forward to telling you more about them then.

These new services are just the tip of the iceberg. We’ve done lots more behind the scenes to help us build more, faster. They’re going to be improved and tweaked and fixed all the time, based on what members tell us they need.

But new tools are only half of the story. I’ve also been finding out how we connect with people around the UK, learning about the ways our members get involved in local communities - and how we can make that better.

As well as promising a digital revolution, I said we need to rebuild our party from the grassroots up. To transform our relationship with our members and supporters so that, in turn, they can transform the relationship between the Labour Party and their local community.

I also pledged to prioritise political and campaign training, because our future as a party depends on it. In July, we brought together over 100 Labour Party Activists from across the country, to learn and share best practice at our first-ever Young Activist Academy and Community Organising Summer School. 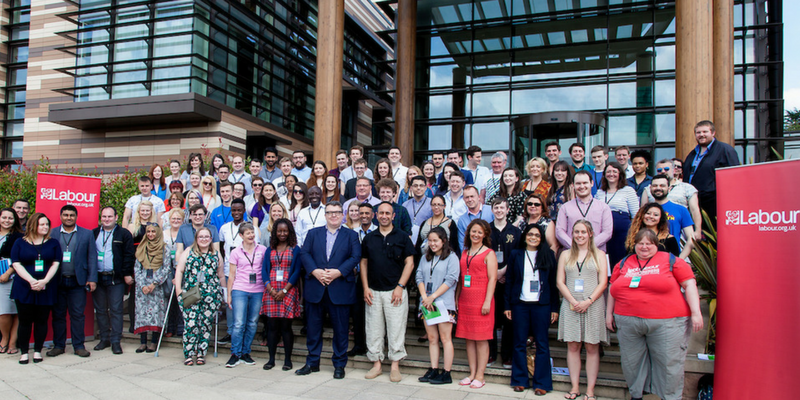 It was incredible to see these members so eager to learn, and to take the ideas they got from the day out into their communities. It was also a great way to find out more about what training you need, and how we can support you in this new way of campaigning in your local area.

As a result of that feedback, we’ve put together an exciting new programme of training and development opportunities for Labour members who want to get involved in Community Organising.

My work in parliament

As well as being the Deputy Leader of the Labour party, I also serve in Jeremy’s Cabinet as Shadow Cabinet Office Minister. It's a role that enables me to hold the government to account. The Cabinet office is effectively the Prime Minister's own delivery unit at the heart of government. It is responsible for meeting her key objectives and coordinating government policies. Scrutinising the work of the cabinet office is vital if Labour is to provide effective opposition.

We led a successful campaign to save the Freedom of information Act, which the Government wanted to water down. The Labour party believes it should be protected and strengthened. I spoke out about changes to the Ministerial Code, which removed Ministers’ obligation to abide by international law, and called on David Cameron to come clean about his own family’s tax affairs following the disclosure that he held shares in overseas tax havens.

The Shadow Cabinet team campaigned on behalf of the ‘Missing millions’ of voters who aren't on the electoral register because the Tory's rushed through changes to the way people register to vote. And I took the Government to the European Courts to block legislation which would have made it easier for the security services to access private email and phone date.

During the European Referendum campaign I launched Labour’s EU referendum campaign in Manchester, visited more than 24 towns and cities across the country and delivered major speeches in Coventry and London in support of the Remain campaign. I led the Labour Party’s response to David Cameron’s scandalous resignation honours list, which rewarded his closest friends and advisors. Theresa May announced a leak inquiry into the disclosure the list after I wrote to her demanding an investigation.

I will continue to fight the Tories at every opportunity, and keep fighting on behalf of the millions of people all around the UK, who desperately need a Labour Government standing-up on their behalf.